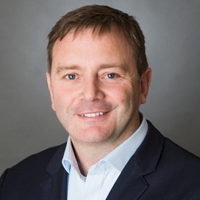 John Randles is CEO of Siren, an Irish software company whose product is the Siren Investigative Intelligence Platform. Siren is used in Law Enforcement & Intelligence, Fraud, and Cyber Security to enable rapid & effective investigations across large data sets. Siren is headquartered in Galway and has offices in Dublin, Cambridge, Bordeaux, Trento & Philadelphia

Previously John worked with Bloomberg for five years running a Data Utility for the Financial Markets. This was created after the acquisition of an Irish software company called PolarLake which John had built to be a leader in Data Management in Financial Markets.

John was the CTO of an Irish software company called Eontec, a leader in Retail Banking software, acquired in 2004 by Siebel Systems.