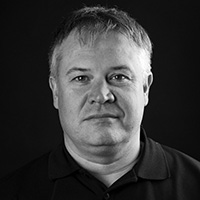 An accomplished software developer and author, Ryan achieved his first published software application in 1992. Two software books co-authored by Ryan were published in 1997 and 1998, followed by a Security Publication for Microsoft in 2004. Ryan was the Security Business Guide for About.com, a New York Times web property from 2006 to 2008.

With his experience and expertise in networking, software development, and security, Ryan formed the company CyberSecure in 2002. CyberSecure became Microsoft Canada’s first Gold Security Partner and won the 2004 Microsoft Canada Impact Award for Excellence in Security Solutions for the work done with the Toronto Police Department. The company was wholly acquired September 1st, 2004.

Shortly after the acquisition of CyberSecure Ryan joined VE Networks as Chief Engineer and later became the Chief Technology Officer focusing on email encryption, which resulted in a successful patent filing.

Ryan has consulted for some of the biggest IT companies including IBM, Microsoft, Cisco and Bell Canada.

In his spare time between security and holographic computing, Ryan films for his Canadian TV show Trekkit.